Duane Gannon grew up on a farm outside of Welton and has always loved farming and production agriculture.  The day after his high school graduation, he left for the summer to work the wheat run in Texas, Oklahoma, Kansas, Colorado, Nebraska, South Dakota, and Montana.  Duane established and operated Gannon Trucking for many years and began with Greenview as a contracted truck driver to haul grain.  Duane's lifelong experience and knowledge is imperative to our operation as he is not only highly skilled, he is a great teacher and trains our part time team members that work with us in the planting and harvest seasons.   He and his wife, Deb love attending all of their 6 grandchildren's activities and sporting events. 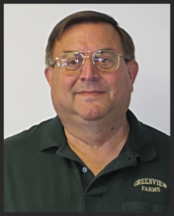 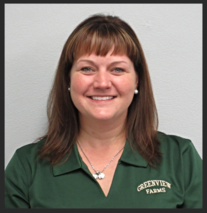 Amanda Willimack received her Bachelor of Science in Agricultural Business at Iowa State University in 2001.  She joined Greenview farms in 2015 after working 11 years as a program technician at the Clinton County Farm Service Agency. While working with the FSA Amanda oversaw the Price Support and Compliance programs as well as trained coworkers and agricultural producers on the 2014 Farm Bill.  Her education and experience are beneficial to Greenview as Amanda assists in managing the financials, payroll, and human resources.  She creates and updates field maps and complies data for the annual landowner reports.  Amanda and her husband Matt live in DeWitt with their two children, Mairead and Owen.  Her hobbies include volunteering in the community, traveling, and attempting to golf in the summer months. 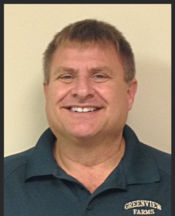 ​Kevin and Lori Green are 1972 graduates of Central Community High School, DeWitt, Iowa.  Kevin completed the Winter Quarter Farm Operations program at Iowa State University in 1973.  He graduated from the University of Iowa with a Bachelor of Business Administration degree with a major in Economics in December of 1975.  Lori completed the University of Iowa Radiologic Technology program in 1974 and worked at University Hospitals and Moline Public Hospital through June 1977.  Kevin and Lori began farming in 1976 and are the primary owners of Greenview Farms.  Kevin primarily provides management, and Lori is now enjoying retirement.  They have two adult children, Katie and Adam.  One of their favorite pastimes is playing with their grandchildren, Brian and Emily. 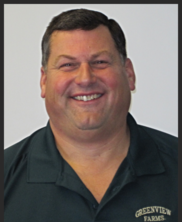 Mike Flammang graduated from Central Community High School in 1981 and has been actively farming since. Mike is a tremendous asset to Greenview not only as an equipment  operator but he is a highly skilled mechanic and manages the equipment and maintenance of the Greeview fleet. When not working at Greenview, Mike is assisting his father on his farm and working with both his father and son caring for their Angus cattle herd.  Mike is married to Julie and they have two children, Christopher and LeAnn who is married to Brady.  Mike and Julie love spending time playing with their two young grandsons. 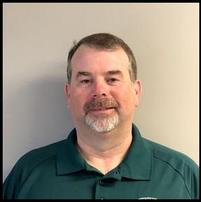 Keith Green graduated from Central Community High School, DeWitt, in 1986, Keith attended Kirkwood Community College in the Farm & Ranch Technology program from 1986 through 1988.  Keith joined Kevin in the spring of 1990 when their operation had reached 2000 acres. He became partner/owner in Greenview Farms in 2003. With ever changing technology,  Keith manages and maintains the Greenview technology.  He has served on several area boards including 7 years on the Clinton County Farm Bureau board of directors, as well as the Iowa Farm Bureau Speaker Corp team. Keith's wife Renee is a Consultant for Grant Wood Area Education Agency. They have three children and three grandchildren. Keith and Renee enjoy traveling and taking rides on their motorcycle when time and weather permits.